In her first major solo exhibition in North America, Miriam Cahn presents an expansive body of work across our gallery spaces. Encompassing oil paintings and works on paper in chalk, charcoal, pastel, and watercolour—from the diminutive to the monumental—as well as film, photography, and text, the exhibition explores critical issues of our time, seen through the prism of feminism and more recently the #MeToo Movement. Uncompromising and confrontational, Cahn’s work has conscientiously explored a wide range of themes over the course of her career, including women’s rights, identity, sexuality, and war. Her work challenges the conventions of art history, contemporary connoisseurship, and how an artist chooses to engage with the world.

ME AS HAPPENING presents some of these themes in distinct yet interrelated constellations of works. At the core of the artist’s concerns is the role of women in today’s society, and their continued worldwide fight for basic rights and equality. Some of the works question gender roles, especially perceptions of femininity and masculinity, challenging heteronormative bias and socially constructed definitions. Other works explore the human body and the dynamics of intimacy, interrogating the relationship between sex, violence, and power. A collection of Cahn’s chalk drawings captures the purported differences between men’s and women’s environments, underscoring how the former are often associated with the outer world, conjuring sombre imagery of warships, oil rigs, and high-rise buildings, while the latter continue to be identified with domesticity.

Much of Cahn’s work is shaped by her biography and her penetrating understanding of the world. She draws from past and present experiences and observations, and often revisits previous pieces to establish the links between the personal, natural, and historical. Depictions of heads, bodies, and human beings abound in her work, alluding to private and family memories. She also includes imagery of plants, animals, and unrecognizable creatures. More recently, Cahn has been contemplating contemporary migrations of refugees in which women find themselves especially vulnerable. Recalling the history of persecuted populations in Europe, Cahn empathizes with the displaced persons from Western Asia and Africa fleeing their troubled homelands even as they risk perishing in the course of their journey to the Continent and often encounter hostility in the places where they hope to take refuge. Cahn’s work aims to make Europe live up to its democratic ideals and confronts the divisive anti-immigrant rhetoric deployed by right wing political parties, even as she questions the absurd and dangerous fantasy of a “pure Europe” in today’s inextricably linked world.

GAËTANE VERNA ON MIRIAM CAHN: ME AS HAPPENING

Listen to Miriam Cahn's exhibition wall text narrated by the assistant curator of ME AS HAPPENING, Jacqueline Kok:

ThePowerPlantTO · Introduction to Miriam Cahn: ME AS HAPPENING | Fall 2021 | The Power Plant 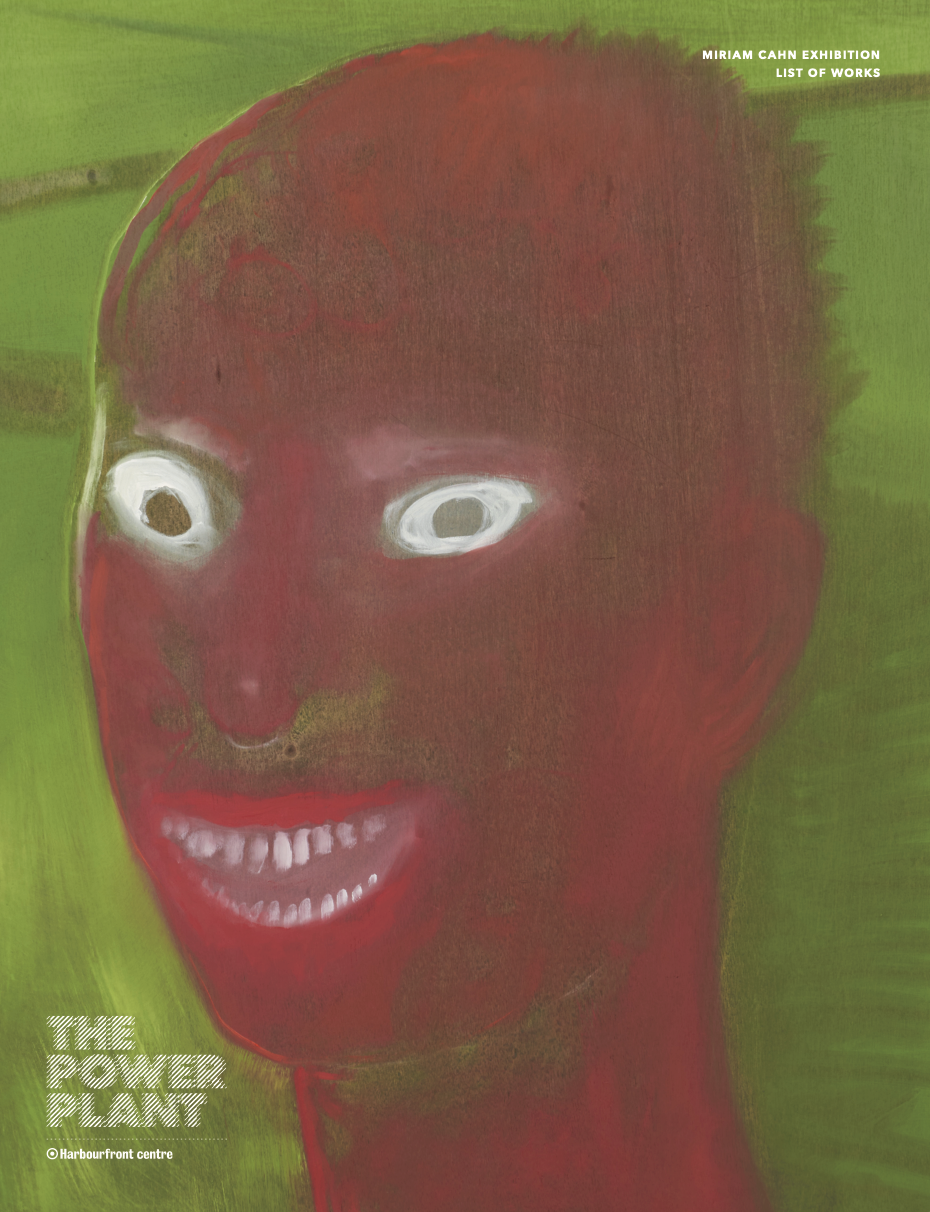