Born in the port city of Providence, Rhode Island, Ellen Gallagher has long been an inspired and imaginative chronicler of the watery ecstatic realm. Her large-scale history paintings featuring seascapes, science experiments, portraiture, abstraction and minstrelsy are mutinous assertions of blackness in a medium in which the African body has habitually been concealed. Her exploration of visual culture covers a wide ranging temporal terrain stretching from blackface minstrelsy to 20th-century abstraction, and includes mining of vernacular forms as diverse as science fiction, advertising, mid-century race magazines, travelogues and scrimshaw in order to address and release the concealed threads which bind the visible.

Encompassing paintings, drawings and films, Gallagher’s first exhibition in Canada takes its starting point from her and Edgar Cleijne’s most recent film installation Highway Gothic (2017), an examination of the impact Interstate Highway 10 had on humans and nature. Running through New Orleans and the Atchafalaya Swamp, the Highway was part of a period of mass construction during the mid-20th century which segregated working class, especially immigrant communities, from new urban centres. The exhibition draws connections between this recent North American history and Gallagher’s sea bed paintings that evoke the people of Drexciya, an Atlantis built by the in utero descendants of African women who leapt or were jettisoned from slave ships during the Middle Passage. The artist’s series of black paintings, Negroes Battling in a Cave (2016), was prompted by the discovery that Malevich’s Black Square (1915) had been painted on top of a proto-cubistic painting. Its title makes reference to a handwritten note at the edge of Malevich’s canvas, recently unearthed during restoration.

Nu-Nile reveals Gallagher’s practice of synthesizing a wide range of pictorial traditions in order to counter static representations of black people in culture, and critically examines and reimagines the figure-ground protocols circulating within the canon of Western painting.

Watch an In Conversation with Ellen Gallagher, Natasha Tretheway and Dr. Ivy Wilson

Click here to read more about The Power Plant's Summer 2018 exhibitions and programming for the season! 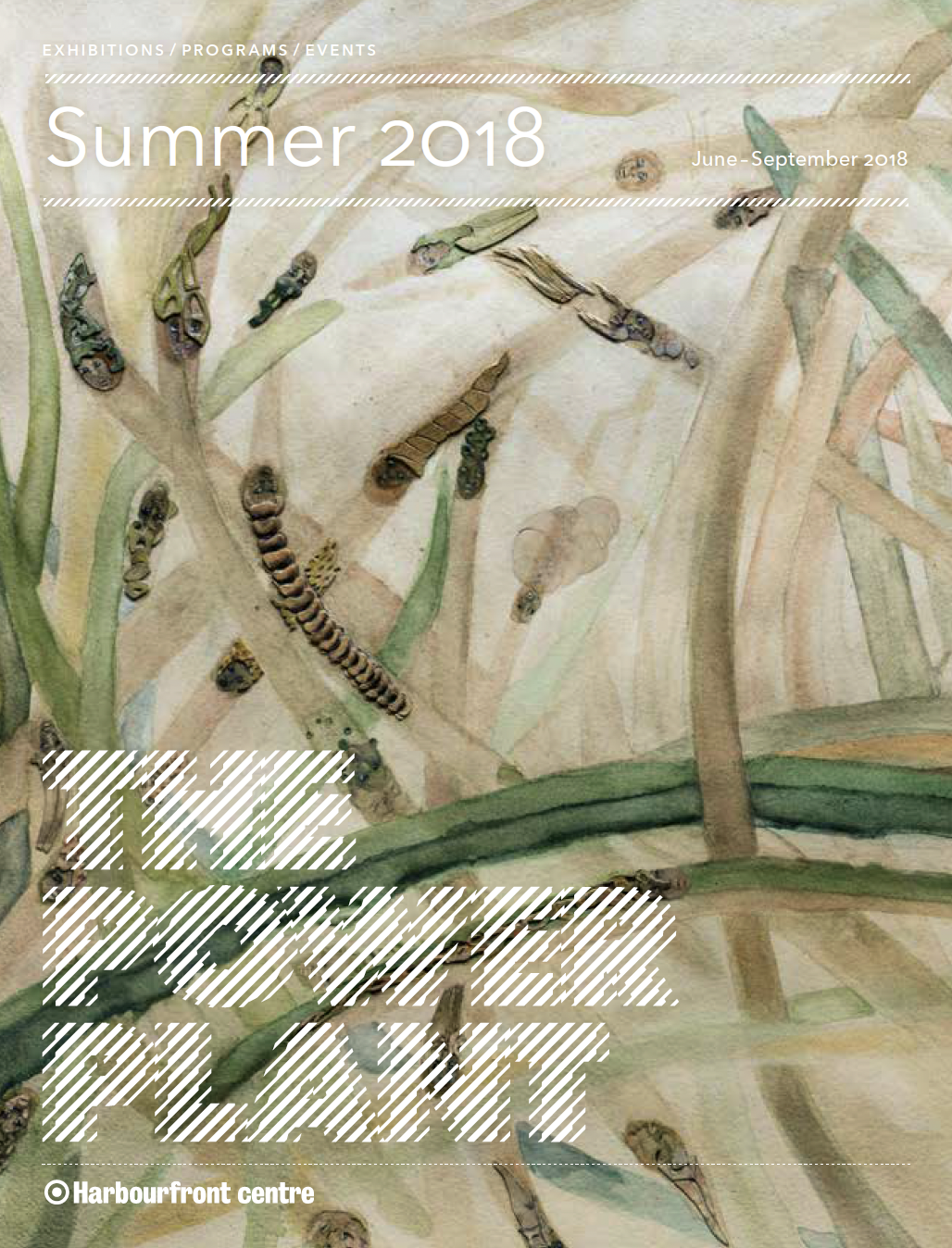 Ellen Gallagher was born in Providence, Rhode Island, in 1965, and lives and works in New York and Rotterdam, Holland.