Focusing upon the "urban now," a moment suspended between the broken dreams of a colonial past and the promises of a neoliberal future, the exhibition offers an artistic and ethnographic investigation of what living – and living together—might mean in Congo’s urban worlds.

As elsewhere on the African continent, Congo’s cities increasingly imagine new futures for themselves. Today, these new urban dreams often only manifest themselves in the form of billboards and advertisements for the city to come, often inspired by Dubai and other recent hot spots from the Global South. Ironically, the city model they propose invariably gives rise to new geographies of exclusion that often take the form of gated communities and luxury satellite towns, designed for an as-of-yet hypothetical upper middle class.

The current infrastructure of Congo contrasts sharply with these neoliberal re-imaginings.The built colonial legacy has largely fallen into disrepair. Its functioning is punctuated by recurrent breakdown, and the city is replete with disconnected fragments, reminders and echoes of a former modernity that continues to exist in a shattered form, now void of its original content. These failing material infrastructures greatly impact the quality of the city’s social life, and push it to the limit of what is livable. Yet Congo’s urban residents constantly invent new social spaces to bypass or overcome breakdown, exclusion, poverty and violence. Exploring these spaces, the exhibition captures a potentially more inhabitable and inclusive urban world, where the possibilities of collective action and dreams of a shared future can be explored.

In such a complex postcolonial context, Baloji and De Boeck explore what "urban" means. Urban living constantly attempts to "suture" the city: finding ways to stitch gains and losses, or pasts and futures together in the moment of the "urban now." Baloji and De Boeck’s reflection on the complexities of the postcolonial urban world in this Central African locale is shaped around the visual archive that they have built up over the past years. Based on their extensive joint field research in Kinshasa and branching out to some other urban sites in the Democratic Republic of Congo (Lubumbashi, Fungurume), the exhibition is conceived around a number of "urban acupunctures," i.e. around explorations of specific sites that form important—though sometimes materially barely visible—nodes within the city. These are sites in which the city switches on and off, where the quickening or thickening of goods, people and publics are generated and the various connections between are made visible. They range from mountains to markets, from individual buildings to fields and gardens, from cemeteries to new city extensions, or from the human body to the pothole.

The archive that Baloji and De Boeck have constituted around these sites highlights the often elusive ways that people not only manage to survive, but to transcend that basic level of bare life and make attempts at a more inclusive urban commons, where collective action and dreams of a shared future may be explored. Constructed as a large visual essay around these aforementioned selected sites, various forms of urban life, and the contrasting topographies of mountain and modernity, the exhibition reflects upon the right to the city and the processes of colonization, occupation, mobility and dislocation that have given form to these specific urban terrains. It speaks to issues of memory, nostalgia, aspiration and the creation of publics in what often is a divisive urbanscape.

The exhibition Urban Now: City Life in Congo is initiated by WIELS, Brussels; in collaboration with The Power Plant, Toronto; The Open Society Foundations, New York; and Galerias Municipais/EGEAC, Lisbon.

The exhibition is accompanied by the publication Suturing the City: Living Together in Congo's Urban Worlds, published by Autograph ABP, London in association with WIELS, Brussels and The Power Plant, Toronto.

Click here to read more about The Power Plant's Fall 2017 exhibitions and programming for the season! 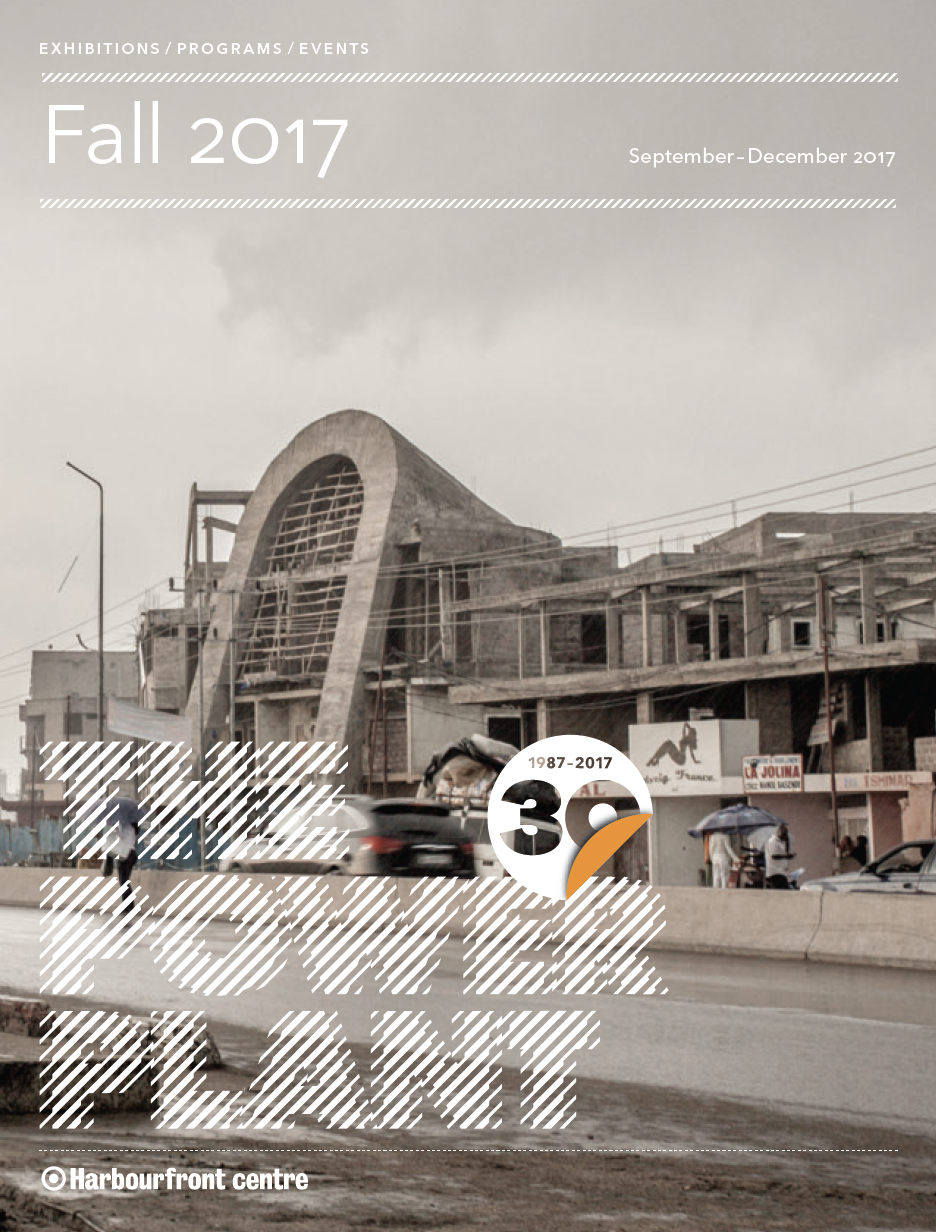